In the past, desktop display advertising was the central way for brands to reach digital audiences. It was a simple process: “I want to appear in The New York Times. I will target nytimes.com. My ad is live on nytimes.com. While desktop display still plays a prominent role in today’s digital campaigns, the video and CTV space is growing as the strategic buying format of choice for brands.

In 2020, CTV’s spending in the United States grew by more than 40% with no signs of an impending slowdown, making it a competitive area with potential for savvy buyers. Unfortunately, the premium video market is more complicated than the desktop display world of yesteryear and requires new tools. The rapid shift to premium video has resulted in an education gap with many desktop display buyers on a steep learning curve and applying legacy techniques to this new channel.

High-end video content is now widely consumed through apps, downloaded either to the CTV or to a consumer’s mobile device. Unlike the web, where a site has a unique address that you can target, apps have a unique address, or App Bundle ID, for each app store that a consumer can use to download it. For buyers, this presents a challenge as they need to collect and maintain a list of each app bundle ID in order to fully target a single app like Discovery GO. 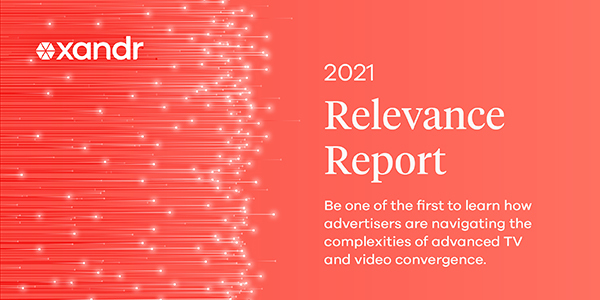 While app targeting can be useful for targeting an app like Discovery GO, its capabilities are clearly insufficient when trying to target Discovery ad inventory holistically. Unfortunately for those targeting package IDs, a large percentage of the content is accessible through distributors – virtual multi-channel video programming (vMVPD) distributors like Hulu, Sling TV, and AT&T TV, and free ad-supported TV apps. (FAST) like Pluto TV, WatchFree and TV PLUS – where the app often represents hundreds of different channels and a variety of content. If your only targeting tool is app targeting, then you have no way to reach a consumer who streams Discovery on Sling TV without also including all other channels / shows on that app.

Another obstacle in this new and fragmented space is reporting. Today’s DSPs don’t tell buyers that Application Set ID “B00BI60DMU” (which represents the TBS app on Amazon Fire) and Application Set ID “9pjmtvpcn31k” ( the TNT app on Xbox), for example, are both owned by WarnerMedia. It only tells them how much they spent on those app bundle IDs. In a high-end video market populated by large media conglomerates such as Disney, WarnerMedia, and A + E Networks, this reporting gap limits a buyer’s ability to negotiate and track spend against commitments.

So what does all this mean? Buyers should focus on reaching premium video audiences through platforms that invest in video content metadata and offer a standardized transaction taxonomy – like Xandr’s Premium Video Catalog – rather than through targeting. Application bundle ID. To successfully reach full audiences in video / CTV inventory, buyers must use agreements, which provide more granular and targeted access to specific content on every consumer access point.

As buyers continue their quest to reach specific and interested audiences wherever they look, they must prioritize scalable solutions that allow separate deal filters in a number of categories, such as parent media. . Such solutions will be essential for solving general issues such as multi-screen and deduplicated reach as well as more nuanced issues such as reporting and negotiation.